As part of the ongoing art programme at Tower 42, ARTful are thrilled to be exhibiting unseen sculptures by sculptor Marian Sava.  Graduate of the Academie Royale des Beaux-arts in Bruxelles, SAVA tames one’s emotions and questions one’s conscience, by the refined force of his sculptures in black and white marble, little granite, bronze and wood.

The work by Sava is unique in which he immortalises in 3D the invisible vibrations present in the universe in all their aspects: acoustic, electric and magnetic. He metamorphoses the complex intangible ideas into three-dimensional sculptures that represent their essence. 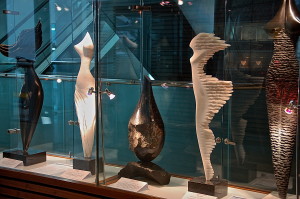 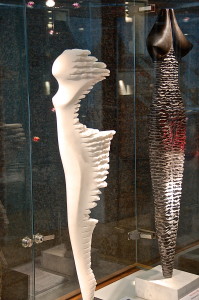 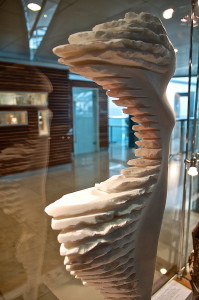 “Marian art is an art of intellectual concentration, conceptual, concise, almost mathematical and sober. His goal is to capture and render in an instant, the representation of an idea, a movement, a desire, a state of mind and  to show the intangible. For Sava, the process of form purification and construction of the future sculpture is completely mental and takes place in his head to the smallest detail. This process to invent and realize a sculpture is rarely used, because it requires a great concentration effort and an uncommon force of mental contention. 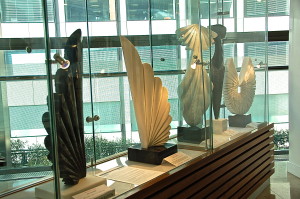 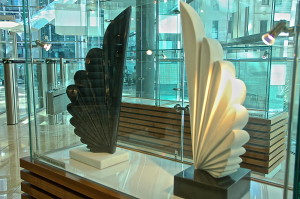 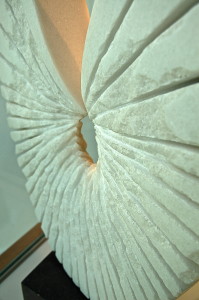 Marian Sava has exhibited in exhibitions and public spaces such as the European Parliament, the European Commission , Belgium, the Louvre Museum in Paris and the Schönbrunn Palace in Vienna, Austria.

There will be 10 sculptures on display on the 1st floor lobby in Tower 42 from 16th May 2015 until mid August, and displayed in the UK for the 1st time. For any enquiries or to arrange to view the works by Marian Sava contact info@artful.org.uk or contact the artist direct at sculptures@mariansava.com