It was touch and go last week for artist Sam Shendi as he made his way down through snow to deliver his pieces into London, however all went to plan in the end!

Born in Egypt, Sam Shendi studied Monumental and Architectural Sculpture at the University of Helwan in Cairo. After receiving his degree in 1997, he opened his own Interior Design office. In 2000, he moved from Egypt to the UK. Since then, he has exhibited throughout the UK and Europe.

Sam takes the human figure to its simplest form enabling the exploration of the idea of the human form as a vessel. So by reducing the human body to a container or minimal shape, his creations become centered on an emotion or an expression. The simplicity is no longer the end result and devoid of meaning but a revelation of a hidden truth and intellectual expression.

Shendi’s work, therefore takes a fine line between representation and abstraction. Whilst he appreciates the abstract form his interest is in the human and psychological dimensions to his sculptures. Stripping human nature down to its essence, and then expressing it in a sculptural language. 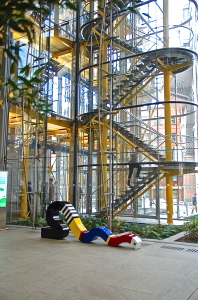 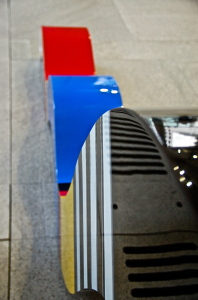 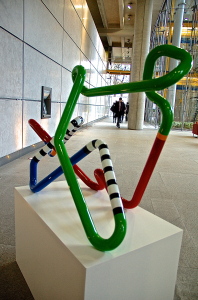 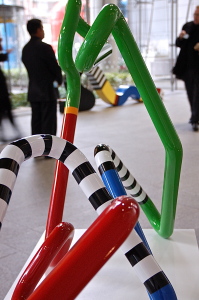 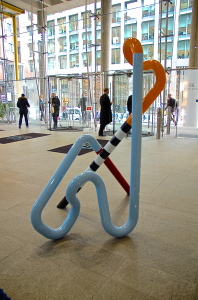 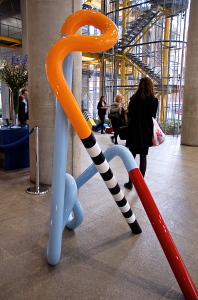 Thanks to the vast lobby area at 88 Wood Street, Sam has placed a variety of his works. His vibrantly coloured sculptures work well with the primary colours used throughout the buildings architecture and are a welcomed addition to the reception. The Bow, Body Language and Signature will be on display until August 2015.

By ARTful|February 3rd, 2015|News|Comments Off on Sam Shendi
ARTful