On behalf of Sladmore Contemporary ARTful have installed a Paradise Pot by Roger Law for the summer rotation within the main reception area at 33 Cavendish Square. 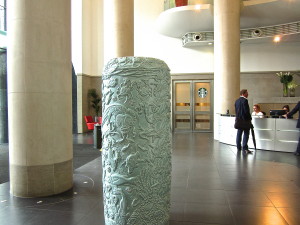 For three decades, in the early ‘60s, Roger Law made caricatures for publications such as The New York Times, the London Sunday Times, and Der Spiegel, culminating in the topical satirical television show Spitting Image in 1984, which kept Law busy for around thirteen years.

When the show ended, Law left and travelled extensively around Australia drawing and painting the flora and fauna and after years spent satirizing the insanity of the Western world, he felt he was finally connecting with the natural world.

He is now back in the North Norfolk coast and is making drawings for ceramics which he works on in Jingdezhen, China’s Porcelain City. The Paradise Pots of Roger law, hand drawn and hand carved, take weeks of labour. 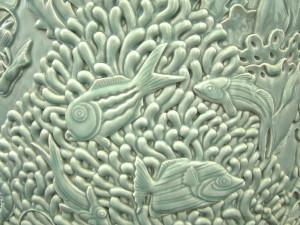 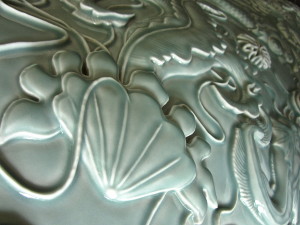 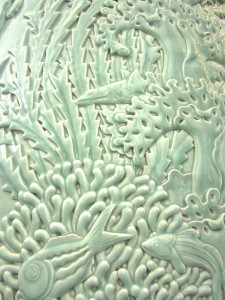 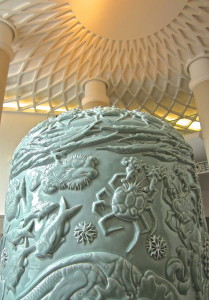 These ceramics form a highly concentrated body of work. There is great skill, wit and playfulness. There is also beauty. Law advises that he would like the resulting work to be as engaging and attractive as his caricatures were rude and ugly.

The paradise pot is a fine example of Law’s labour intensive process where it is visible to see how masses of small, intricate detailed forms of flora and nature make up of the finished pot. For further information on the pots contact Sladmore Contemporary on  +44(0)20 7499 0365 or email info@artful.org.uk